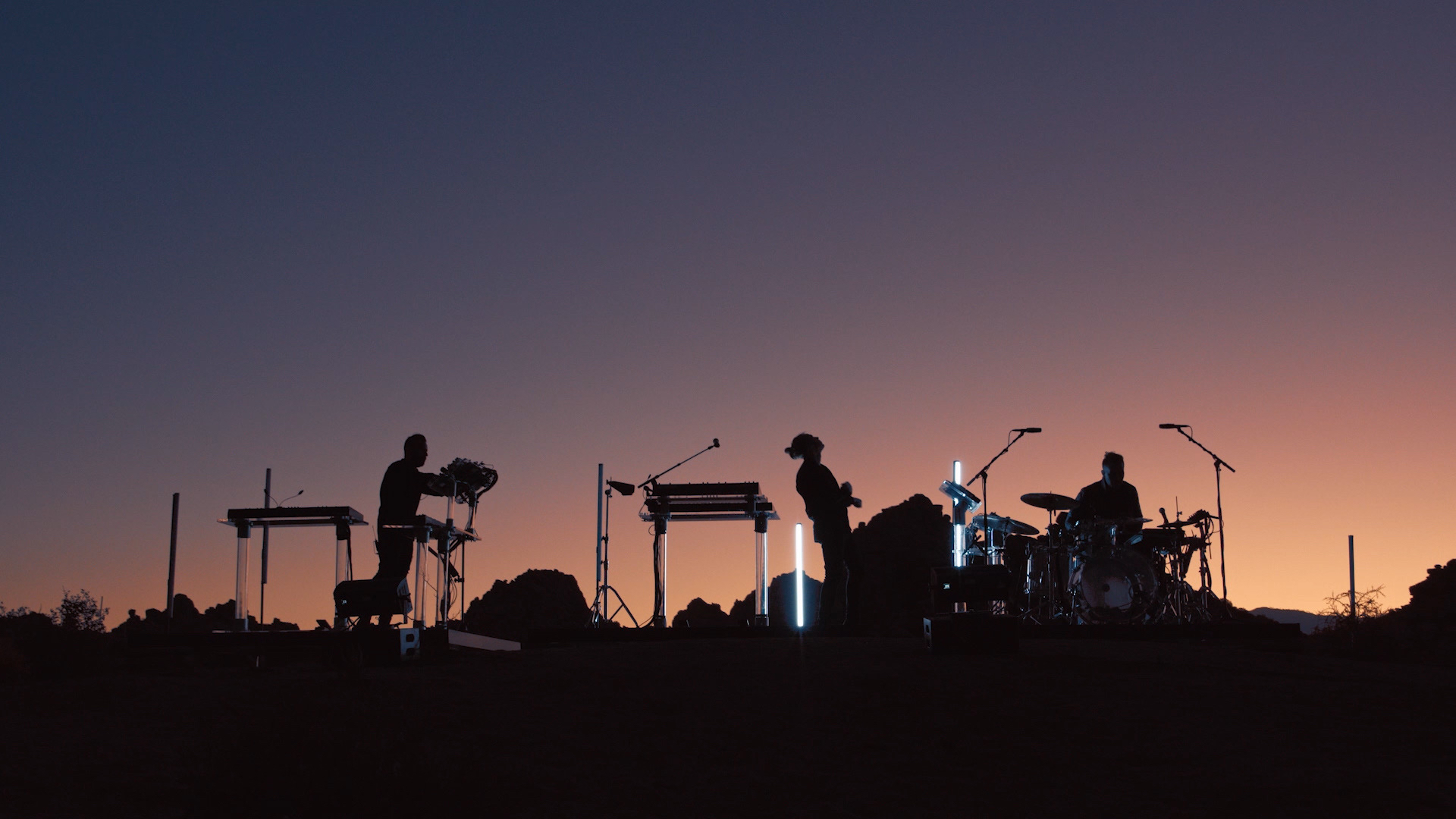 RÜFÜS DU SOL officially announced yesterday the live album accompaniment to their debut film, “RÜFÜS DU SOL: Live from Joshua Tree.” The title-track from their GRAMMY-Nominated album SOLACE is the first to be released in audio and video straight from the 45-minute feature; a fitting debut as it captures the band’s emotive gravitas amongst the powerful energy of the desert landscape.

Drummer James Hunt shares how Live From Joshua Tree came together: “The idea for a film was born out of a writing trip in Joshua Tree when we were trying to finish SOLACE. We stayed up all night writing as the sun rose, this creeping light over the valley made its way into the room. We climbed these wild rock formations to a little vista at the top, about 100 feet above where we were writing, and sat to take in the sunrise. We were listening to tunes on a speaker and someone put on ‘Time’ by the Pachanga Boys. Watching dawn break with this epic 15 minute journey playing out, we started joking about putting together a sunrise set in the desert where we would play to no one. People talk a lot of shit in the desert at 5am, but walking around this alien world at dawn, we definitely felt there was something calling us back out there. So over an 18 month period, we workshopped ideas and locations and finally were able to put time aside to shoot in September last year. It was decided sunset would be more practical for our crew. We originally planned for it to be a live stream, but as the idea grew and the production got bigger and bigger, it organically morphed into a film. It’s something that’s taken two years to pull together and something we are so excited to share with the world and make available everywhere.”

The trio held their sold-out world premiere screening in Los Angeles on February 18 for over 400 fans, friends and family to witness the immersive live experience at the iconic Vista Theatre. Additional intimate screenings will be announced soon, with the live album and film set for worldwide release on March 6.

‘The Story of Hardwell’ Out Now On Revealed Recordings [LISTEN]