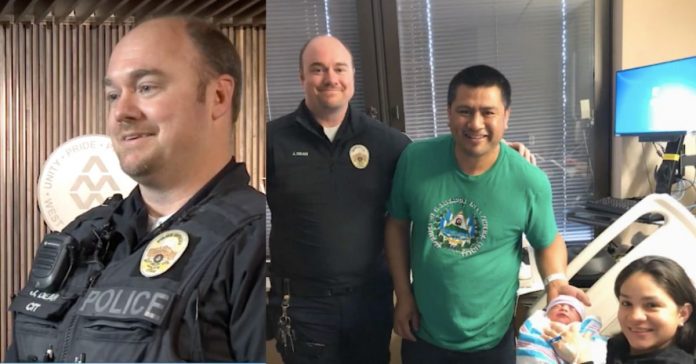 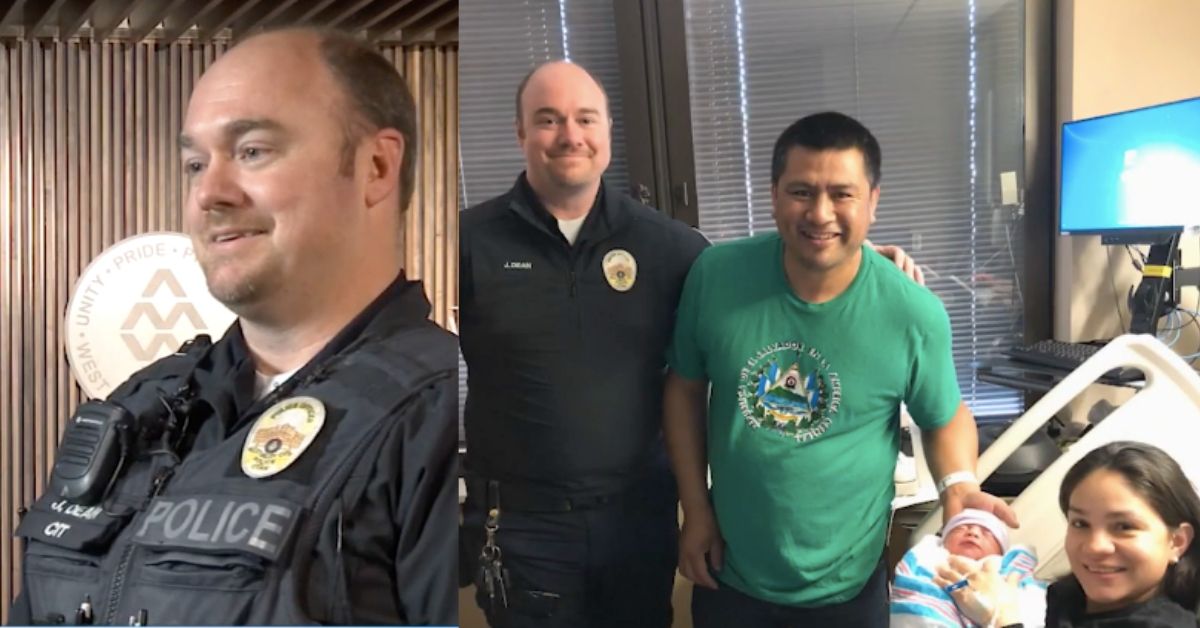 Police officers see some wild things in the line of duty, but usually it’s mostly terrifying or dangerous situations. While it may be rare occurrence for the job that they do, they can also witness wonderful things.

Take for example Officer Jeremy Dean with the West Valley City Police Department: he got to deliver a baby on the side of the road! Speak of one wild emergency.

A first for a policeman

Officer Dean was driving on the 3100 South near Bangerter Highway when the SUV in front of him had a sudden stop, which immediately alerted him to something being wrong.

Dean was wearing his bodycam, so the whole event was captured on video where the baby’s father can be heard saying…”my baby is outside here.” There was no time to get to the hospital.

“He basically told me his wife was having a baby,” Dean said. “I was not prepared for that.”

Thankfully, he had some prior experience

While Dean has kids and some experience working as a emergency medical technician, he had never delivered a baby before. He immediately radioed for some help before grabbing some gloves out of the back of his cruiser and heading over to the SUV to help the delivery.

She said she was going and (the) baby came out. The baby was crying—not super loud, just the cute, newborn baby kind of thing. She was breathing very well and moving and just cared for it until (the ambulance) got there.

A happy ending for everyone

Mother and baby were doing fine and Officer Dean later visited the baby at the hospital and even brought a West Valley City Police Department onesie as a gift for the new baby, who was named Michelle.

Congratulations to mom and dad! (She is) pretty cute, too. I’m just glad I could be there and help out.

Officer Dean didn’t think twice before jumping in to help this woman and her husband, despite not having any experience in delivering babies. He knew that he could help in some way and applied himself to it.

Sometimes, a heroic act only starts with trusting our gut and our willingness to help. The rest will work itself out.

Woman Who Got Catfished Finds Love With The Real Man In...

How I Healed From a Toxic Mother Into Adulthood