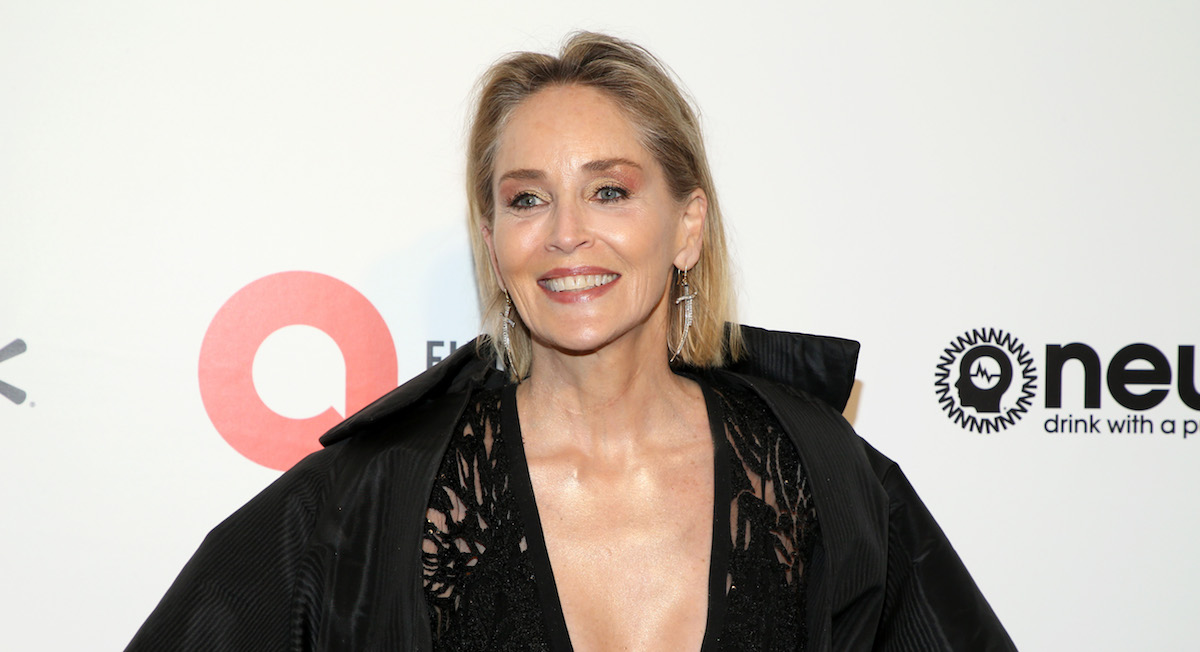 Sharon Stone is a former model and actress who is probably best known for the film Basic Instinct in the early 1990s, but has also won many awards and acclaim for films like Casino,The Mighty, and The Muse.

She’s been in dozens of movies and television programs and at one point was a household name, but in 2001, a health crisis almost ended everything for the iconic actress…

The actress had a massive stroke and “nine-day brain bleed,” she told Variety. More specifically, she had a subarachnoid hemorrhage which as a death rate of between 40-50%.

It manifested like a “lightning bolt” and the pain in her head sent her falling to the floor where she lay unconscious for a while. When she came back to consciousness, Sharon felt dizzy and had a throbbing headache.

In about half of cases, the stroke happen following a trauma to the head or neck area. In the other 50%, there are no apparent causes or they could be linked to an underlying condition.

At the time, Shanon was in good health. She had no diabetes, no blood pressure issues, no cholesterol and she did not smoke. However, she had been living a highly stressful period of her life–she was locked in a custody battle with her ex-husband Phil Bronstein.

This may have precipitated her stroke. But what almost killed her, is the fact that she had not gone to the hospital sooner.

I didn’t get to the hospital until day three or four of my stroke. Most people die. I had a 1% chance of living by the time I got surgery – and they wouldn’t know for a month if I would live.

Sharon proceeded to get a surgery called endovascular coiling, which saved Stone’s life. However, her life was also about to change and the recovery was not an easy path.

My recovery period was hell, quite frankly. I lost 18 percent of my body mass in nine days. I came out of the hospital looking like teeth on a stick. At that time, they didn’t have stroke recovery programs. Months later, I was really, really struggling.

Sharon Stone to Brain and Life

It took “about seven years” following her stroke to heal. During that time, she kept experiencing residual symptoms like vision and hearing problems, fatigue and periodic seizures. Other symptoms, like memory problems and difficulty reading directly interfered with her profession.

So Sharon had to put her career on hold

Unfortunately, despite surviving a stroke, Sharon had to return to her daily life and the life issues she had been dealing with did not disappear.

(From) trying to keep custody of my son to just functioning – to be able to work at all…I had to remortgage my house. I lost everything I had. I lost my place in the business. I was like the hottest movie star, you know?

More specifically, Sharon felt like she had been forgotten by the world. “It was like Miss Princess Diana and I were so famous – and she died and I had a stroke. And we were forgotten.”

It was an unfamiliar position to be in. As she confessed to USA TODAY, “You find yourself at the back of the line in your business, as I did. You have to figure yourself out all over again.”

Her thoughts about dating changed

The whole experience came with many lessons for Sharon and one of them involved her romantic life. During her 7-year break, people wondered about her relationships. But she revealed it had been pretty lonely.

I was alone. If I wanted a man in my life, it would be for partnership. It wouldn’t be an arrangement. It would be an actual relationship. Since those are pretty hard to come by.

But her biggest lesson was about aging

Now 61 years old, Sharon is thriving. In a new interview with Allure, she’s shared she’s in a really good place now, after all that hardship she went through. But most importantly, her whole vision of herself changed–especially of how she thinks of her age.

I’m so grateful to my body. When I was younger, everybody was telling me what was wrong with my body — too this, too that.

As we know, women who are in the movie and entertainment industry are always under scrutiny for their looks. Whether it is body weight or shape, cosmetic surgeries or lack thereof or aging, they have it hard. And to Sharon, it took a life-altering event to bring her to her best realization yet.

Like many others, Sharon struggled with the idea of aging.

There was a point in my forties when I went into the bathroom with a bottle of wine, locked the door, and said, ‘I won’t get out until I can fully accept my body.

The stroke was her wake-up call, because it led to her spending her 40s focusing on self-care. That period shaped where she is now, at 61. Instead, it made her want to grow older. “It was my period of the biggest change, but the period where I thought I was the most beautiful,” Sharon recalls.

I actually find ageing a benefit. I don’t choose to make growing older a negative. I choose to get older. Growing older is my goal.

Sharon Stone to the Hollywood Reporter

Don’t let other people impose their standards on you

Sharon’s struggle to make a comeback in Hollywood was a huge learning moment for her. She realized that an aging actress would see a lot of doors closing for her career. But instead of letting that bring her down, she decided to look at the positives in her situation.

I don’t need someone to make me feel bad about growing older. I’ll tell you what makes you feel bad: when you think you might not. So I feel really good about talking and having my full vocabulary.

Today, she is dedicated to bringing awareness for strokes and making sure people are more educated on their symptoms so they can prevent the worse. And while she admits she gets lonely at times, she never forgets to be grateful for all she has.

How Can You Avoid Falling Into It?

Kate Winslet Suffered Two Major Heartbreaks Before Finding The One

25 Nipsey Hussle Quotes to Help You Build a Better Game...

Life
We use cookies to ensure that we give you the best experience on our website. If you continue to use this site we will assume that you are happy with it.OkPrivacy policy