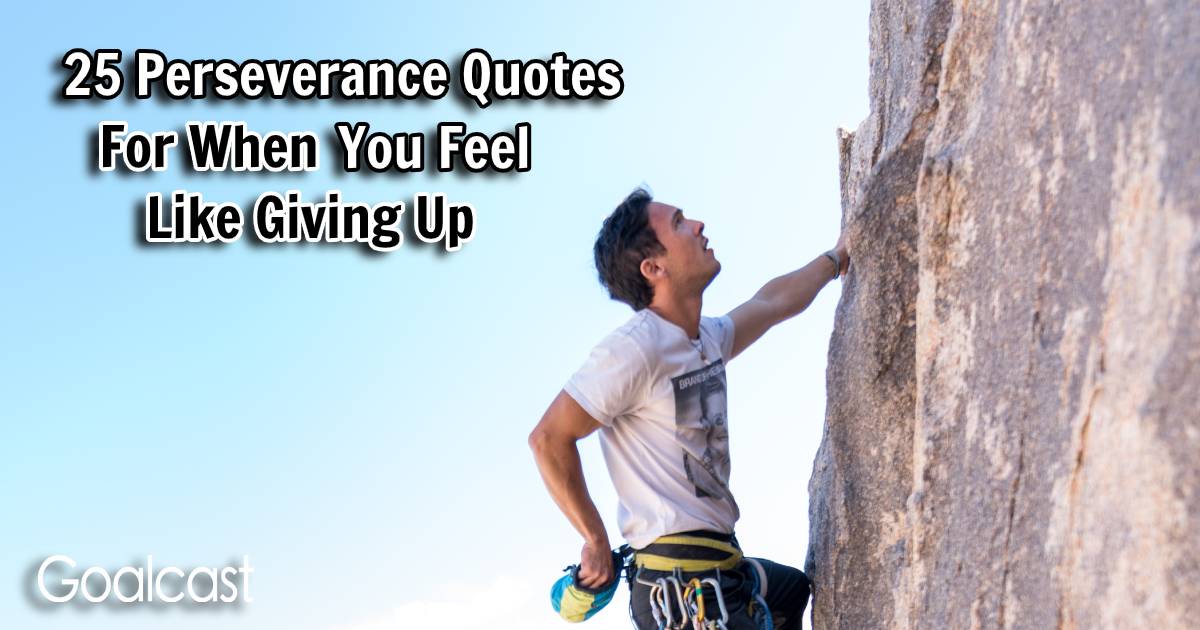 Perseverance
is the ability to keep doing something in spite of all the obstacles you may
encounter on the way to achieving your goals.

It’s a word
that can be easily explained, but the ones that persevere know the hard work it
implies. The ones that don’t also know – that’s why they don’t even dare to
dream big.

It’s hard to
be perseverant mostly because the idea of failing again scares us. Think about
it: you set a goal, use all of your resources to achieve it, and end up losing
everything. It’s only natural to feel discouraged and want to give up no matter
what others tell you. You blame yourself for aiming too high and from then on,
you set safer goals to protect yourself from future disappointment.

But all you have to change is your approach, not your ambitions. Successful people know this so they never stop looking for better ways that will help them eventually win.

Teach your
children that failure is part of success. Allow them to experience failure in a
safe environment and watch them discovering new strategies to try again. They’ll
thank you later.

Here are 25 perseverance quotes for when you feel like giving up:

Many of life’s failures are people who did not realize how close they were to success when they gave up.

Failure is only the opportunity to begin again, this time more intelligently.

Courage doesn’t always roar. Sometimes courage is the quiet voice at the end of the day saying ‘I will try again tomorrow.

Success is no accident. It is hard work, perseverance, learning, studying, sacrifice and most of all, love of what you are doing or learning to do.

It’s not that I’m so smart, it’s just that I stay with problems longer.

A failure is not always a mistake. It may simply be the best one can do under the circumstances. The real mistake is to stop trying.

Just remember, you can do anything you set your mind to, but it takes action, perseverance, and facing your fears.

The most essential factor is persistence – the determination never to allow your energy or enthusiasm to be dampened by the discouragement that must inevitably come.

In the realm of ideas everything depends on enthusiasm… in the real world all rests on perseverance.

We can do anything we want to do if we stick to it long enough.

Adversity, and perseverance and all these things can shape you. They can give you a value and a self-esteem that is priceless.

If one dream should fall and break into a thousand pieces, never be afraid to pick one of those pieces up and begin again.

Perseverance is a great element of success. If you only knock long enough and loud enough at the gate, you are sure to wake up somebody.

When you get into a tight place and everything goes against you … never give up then, for that is just the place and time that the tide will turn.

What this power is I cannot say; all I know is that it exists and it becomes available only when a man is in that state of mind in which he knows exactly what he wants and is fully determined not to quit until he finds it.

Life is not easy for any of us. But what of that? We must have perseverance and above all confidence in ourselves. We must believe that we are gifted for something and that this thing must be attained.

It does not matter how slowly you go so long as you do not stop.

Courage is not having the strength to go on; it is going on when you don’t have the strength.

A winner is just a loser who tried one more time.

If you wish to succeed in life, make perseverance your bosom friend, experience your wise counselor, caution your elder brother, and hope your guardian genius.

Going on one more round, when you don’t think you can, that’s what makes all the difference in your life.

Courage and perseverance have a magical talisman, before which difficulties disappear and obstacles vanish into air.

Develop success from failures. Discouragement and failure are two of the surest stepping stones to success.

25 Nipsey Hussle Quotes to Help You Build a Better Game...

Does Love at First Sight Exist in Today’s World?

Man Buys The Same Bank That Refused Him A Loan 18...